can Catholic schools be tuition free? 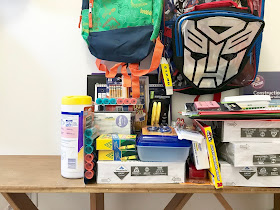 But it means Catholics have got to learn how to tithe.

When we think of tithing and charitable giving, we usually think of soup kitchens, crisis maternity homes, our parishes, and things like that. What we don’t often think about are our local parochial Catholic elementary schools and high schools.

Decades ago, these institutions were staffed entirely by sisters or brothers, or priests--all talented and gifted people with a religious vocations. Of course now, it’s a rare thing indeed to find a school that has even just one religious on their staff full-time.

And that means one thing: tuition. Lay teachers and staff need (and deserve, of course) salaries. Charging tuition, though, means our modern private Catholic schools are out of reach to many children across the country. 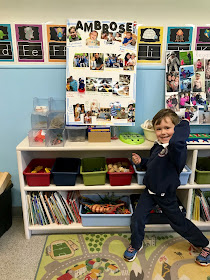 January of this year marked the closure of another network of private Catholic schools, this time in Memphis, Tenn. Jubilee Catholic Schools, which served nearly 1,500 students, closed its doors due to being financially unstable. As a whole, nearly half of the nation's Catholic schools have closed since 1960--from 12,000 down to just over 6,400.

But there is a place in America where Catholic schools are not just surviving, they are thriving--and new ones are being opened.

This blows my mind: Faithful Catholics in the diocese of Wichita, Kan., are tithing--like, ALL OF THEM are tithing.

They are giving 8% of their income to their parishes--and with that generosity, the parishes fund the schools. Since 2002--that’s for the last 16 years--all of the 38 Catholic schools in the diocese of Wichita (that’s including 4 Catholic high schools!) have been TUITION FREE.

For all you moms and dads, let that sink in for a moment. Because right now, I feel like I’m tithing twice--once on my income, and again, for tuition to my parish school.

They educate 11,000 students a year in Wichita. According to an article in the National Catholic Register, the diocese expects all of those families to: "attend Mass each Sunday, participate in religious education, volunteer in parish ministries and make a financial commitment. Each family is asked to fill out a pledge form committing to stewardship. The end result is that families and individuals give not only of their financial gifts, but also of their time."

Superintendent of schools for Wichita, Bob Voboril, says: “The diocese saw that the best way to teach stewardship was not to compete. If a family is paying $3,000-$5,000 in tuition, a family is not inclined to pay its first fruits to the parish,” explained Voboril.

“Because enrollment and the budget are not based upon the user’s ability to pay a steep tuition, we are able to serve a much greater cross-section of the Catholic community,” said Voboril. “We have far more ethnic diversity, socio-economic diversity, and even diversity in learning aptitude.” (Quotes pulled from National Catholic Register article linked above.)

Obviously, this level of faithful stewardship doesn't just happen without significant effort and teaching.  The bishops and clerical leadership in Wichita have been building this inspired model of stewardship for decades, really since approximately the 1960s--which is when what happened? Oh yes:
Catholic schools started to decline. But not in Wichita.

When Catholic schools are free of the strings of tuition and non-stop fundraising, and are instead full of supportive families who attend Mass together and are all pulling together each month to build up the Body of Christ, something else happens--and it's not just the parish or the school that benefit.

“We’ve been blessed with an abundance of seminarians within the last 10 years,” said Father Kuykendall, pastor of a parish in Schulte, Kansas.

“The diocese has also opened the Lord’s Diner, a soup kitchen that provides a free meal to anyone seeking it, that serves more than 400 people each evening. A second one is being built in south Wichita.”

“There’s a deep sense of faith and parish involvement that permeates the entire diocese,” said Voboril. “The spread of perpetual Eucharistic adoration, 50 seminarians, some of the best Newman Centers in the country, a dynamic natural family planning office, a ‘free’ restaurant and medical clinic, a growing diocesan order of sisters, one of the largest groups of pilgrims to the March for Life each January... all these testify--not to the power of schools that do not charge tuition--but to what happens when everything is united around lived discipleship.” (Quotes pulled from National Catholic Register article linked above.)

Hearing of the possibilities like this created by faithful tithing have been a driving force in the decision Sean and I made to coordinate Financial Peace University at our parish. We're beginning our second class this month with a packed house of attendees.

One of Dave Ramsey's lines from his first lesson is thus: What could the people of God do if they were out of debt?

Change lives. Educate children. Feed the hungry. That's whey they could do.

On the entire other end of the spectrum, of course, are stories like this one out of Connecticut, where a young student at an independent all-girls Catholic school was asked to remove an "I stand with Planned Parenthood" sticker from her laptop.

She refused. Her parents refused. And a group of alumni came together to threaten to pull all current and future donations to the school should the girl be expelled.

The cherry on the top? They would send all their donations, in perpetuity, to Planned Parenthood instead.

The question stands: Aren't Catholic schools supposed to be Catholic?